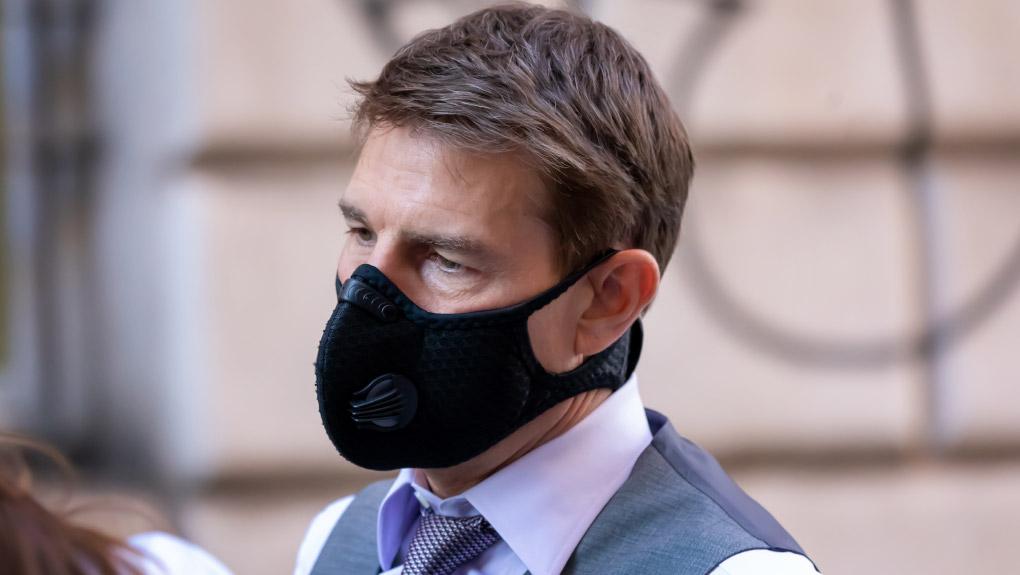 Image caption: Actor Tom Cruise during a break in the filming of the new action movie "Mission Impossible 7".

I don’t think anyone in rail would have foreseen how the railway safety (ROGS 2006) exemption process could be used to facilitate things other than traction and rolling stock testing or training etc.

Yet, move forward to 2021 and the seventh chapter in the Hollywood blockbuster series Mission: Impossible is being filmed in England and they needed ORR’s help.

As the producers wished to operate the train at up to 40mph on a heritage railway, a ROGS exemption was required to permit the train to operate at this speed as heritage railways are normally limited to 25mph as they do not have all the modern safety devices and operate Mk1 and other slam door passenger rolling stock.

The steam locomotive weighed in at about 40% of a real ‘Brit’ and had a Scania lorry engine in the tender for self-propulsion. The Norwegian carriages were out of gauge to pass through stations and had to be lifted to allow filming on various sections of the line. The train was required to separate in section and the actors including Tom Cruise and stuntmen were required to be on the carriage roofs in an action scene travelling at 40 mph. They wore discreet harnesses and were attached to roof mounted running lines.

The application duly came in to us from the North York Moors Railway and ORR’s heritage team got to working on a number of considerations of this unique set of requirements. These included: the construction of the replica locomotive (including suspension and braking performance, frame strength, coupling etc, speed testing), method of separation of the train, action sequences on the carriage roofs and locomotive itself, film crew accommodation (including operations of boom cameras, mikes etc), operational requirements, maintenance and competence and security.

No passenger trains ran through the week of filming.

A team of specialised inspectors, including for stunt activities, spent time with various risk assessments, method statements and learning the film industry vernacular. Following considerable discussion and working through the issues log with North Yorks Moors Railway, we were able to approve the exemption.

There are a few articles and photos from filming and it was nice of the film’s director, Chris Mcquarrie to publically thank ORR for its help and assistance .