Carrying everything from televisions to the food on your table, rail freight contributes over £800m a year to the economy. It plays a key role in reducing congestion on roads and cutting carbon emissions with more than 600 freight trains a day delivering goods the length and breadth of Great Britain.

The ORR is responsible for ensuring effective competition in the supply chain, which ultimately has an impact on the prices we all pay in shops. That is why when we received a complaint, in 2013, about alleged anti-competitive conduct by Freightliner – GB’s largest rail freight operating company – our alarm bells started to ring.

We launched an investigation, and became concerned that certain arrangements between Freightliner and its customers - in relation to key routes from Southern ports to destinations in the North and North West - might have limited the ability of Freightliner’s competitors to win business. These included long-term contracts and contract terms that required (or had the effect of requiring) customers to purchase exclusively from Freightliner, and prevented the re-sale of spare capacity.

As our investigation progressed Freightliner offered commitments to remove these clauses from its contracts, and reduce contract lengths. These commitments were in place for three years and expired in April 2019.

We have taken this opportunity to take stock, and have found no grounds to re-open the investigation.  We have seen positive developments both in Freightliner’s behaviour, and in the wider market. There is evidence of Freightliner’s competitors competing and winning customers on key routes. Consolidation of the shipping industry – which means most of Freightliner’s customer base is now controlled by three large consortia – may also have shifted the balance of power.

For now, this is case-closed. But we’ll keep an eye on the freight market. We aren’t afraid to use our competition powers to ensure competition in rail markets is protected, as Tom Cole, ORR Head of Competition explained recently in relation to a complaint about access to Rotherham Terminal. 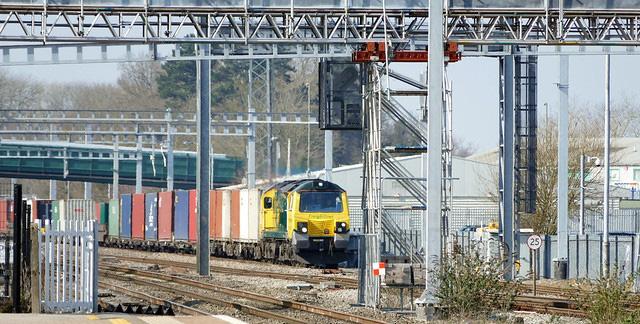