16 June 2021
GB Railfreight and the Office of Rail and Road have honoured the last Royal Engineer officer to be appointed a HM Railway Inspector, Major John Poyntz, by naming a freight train after him.
Cover Image
Image 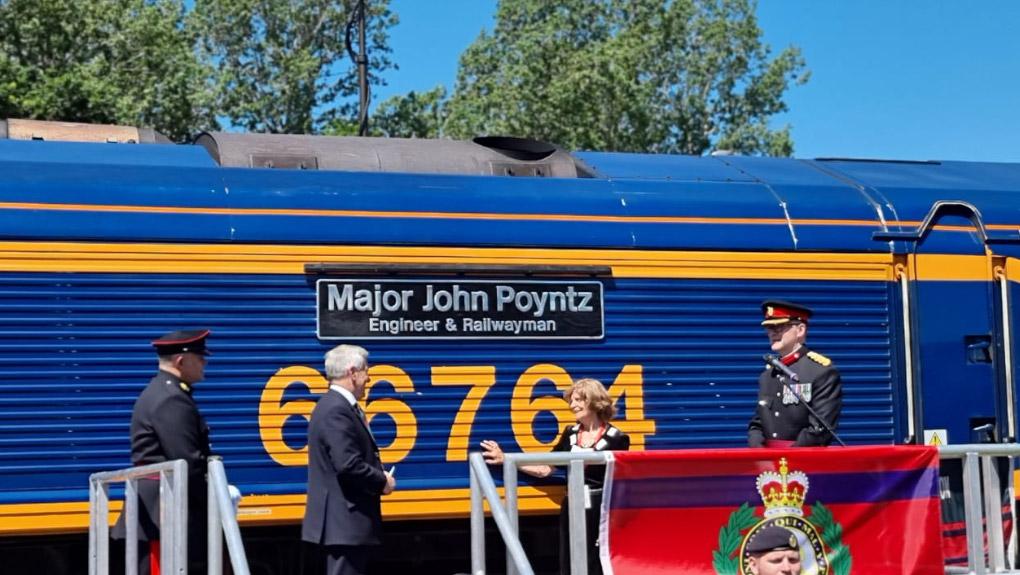 His life was celebrated at industry event, Rail Live, today (16 June) where the unveiling was announced in front of a socially distanced crowd.

Major John Poyntz was in the army for 35 years, serving with the Royal Engineers and later the Royal Corps of Transport.

After military service, he joined the Railway Inspectorate – now part of the Office of Rail and Road – a move he viewed as an honour and privilege.

He was the last Royal Engineer to take such route, spending 25 years in the role as a Railway Inspector. His work included inspections of heritage railways and dealing with accidents and incidents such as the Severn tunnel rail accident and the Cannon Street rail crash both in 1991.

“His enthusiasm for anything on the railways was unparalleled and he would often be seen with a notebook in hand, while looking from a train window.

“It was a privilege to have got to know him and he remains greatly missed. I am pleased to donate this nameplate on behalf of ORR and thank GB Railfreight for offering its locomotive to place this commemorative plaque, and have his name etched in the railways.”

“Major John Poyntz had a very special connection to the railway throughout his established and celebrated career.

“Working with ORR, we’re proud to see his legacy continue by naming a Class 66 locomotive in his honour. After today, the loco carrying his name will be supporting the movement of crucial rail freight across the network.

“A fitting tribute to Major John who dedicated so much of his time for country and the railways.”