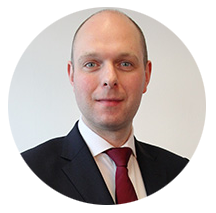 In July we published our key annual reports on what the railways and highways have delivered for customers and funders over the last year.

These four reports highlight the successes and the challenges which faced the businesses we oversee in 2019-2020, fulfilling the oversight and assurance role that ORR delivers for customers and taxpayers. The results are generally encouraging, although there is more to be done, particularly in light of the huge challenge presented by the recovery from Covid-19.

Our annual assessment of Network Rail sets out that the company had made a good start to its five-year plan for CP6, including on efficiency. However, performance in some regions in 2019-20 was not good enough, leading ORR to take action.

The Annual Rail Consumer Report revealed that ORR responded to nearly 40 instances in 2019-20 where the conduct of a train company was potentially harming the interests of passengers and a remedy was required. There were improving customer outcomes in other key areas.

Our annual health and safety report showed that, although safety on the railways improved over the last 12 months, exceptional weather continued to impact safety performance and more must be done to tackle the effects of climate change.

The five-year assessment of Highways England reported that the company had fulfilled the majority of its commitments in 2015-2020. It also responded to our concerns on efficiency, delivering £1.4bn of savings over the period. Nevertheless, further work is required if Highways England is to meet its safety target for 2020.

Passengers will be able to claim compensation more easily when their train is delayed under a new licence condition proposed by ORR. Among other things, this will require train companies to meet new standards set out in a new code of practice, including providing passengers with clear information about their entitlements to compensation, both before and during the journey.

This week we published our Annual Efficiency and Finance Assessment of Network Rail. The report highlights that Network Rail outperformed its planned income and expenditure by £20m in 2019-20, a substantial improvement on recent years’ performance. There were differences in regions’ financial performance.

We also published a cost benchmarking analysis for Network Rail covering year 1 of CP6.We are keen to receive feedback on this work from Network Rail and other stakeholders.

Marcus Clements, Head of Consumer Policy, talks about the independent review we commissioned of the Rail Ombudsman which was established in November 2018.

While this found that the ombudsman is working well in some respects, the review proposed some changes to ensure the ombudsman and the scheme arrangements work more effectively.

His blog sets out what ORR is doing to support this.

This month we have published stats on: