13 July 2021
The Office of Rail and Road (ORR) has today published its 2020-21 annual assessments of rail safety in Great Britain and of Network Rail’s performance.
Cover Image
Image 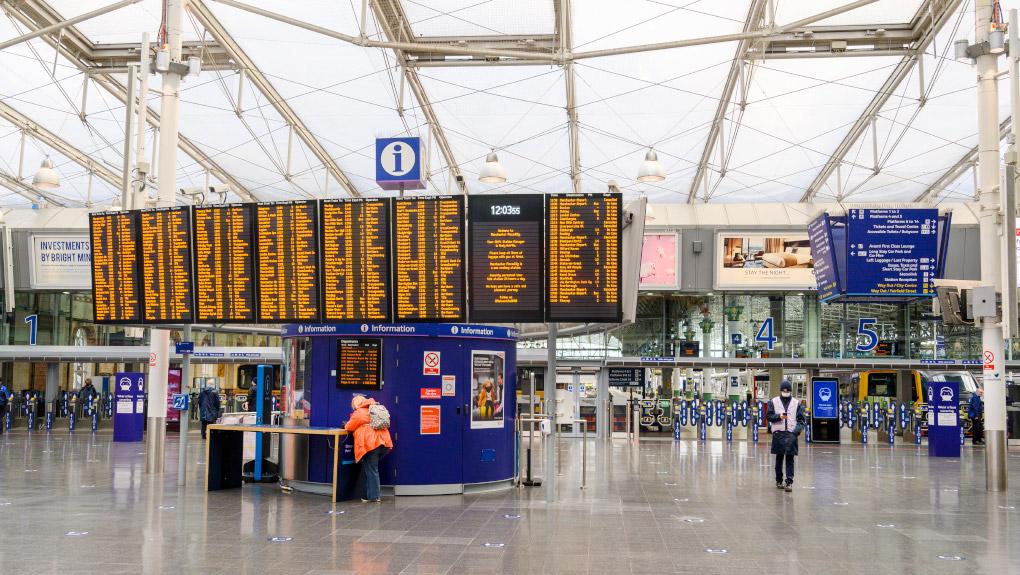 Overall, ORR found the rail industry responded extremely well to the COVID-19 pandemic; that Network Rail has continued to deliver its planned efficiencies; and train punctuality has been, and remains, very high, mainly due to fewer passengers and services.

However, ORR has highlighted the risk that punctuality will drop as passengers and services return. Network Rail needs to work cross-industry to retain performance improvements where possible.

The regulator has also repeated its warning that Network Rail’s financial risk reserves are lower than may be necessary for the remainder of the control period, particularly in Scotland.

The reports’ main findings were:

Response to COVID-19: The whole rail industry has responded extremely well and collaboratively to the challenges posed by the pandemic. This helped keep freight and those who needed to travel moving.

Network Rail, train and tram operators reacted quickly and worked with ORR to implement control measures to enable social distancing and to keep the public and employees safe.

Safety: The train derailment at Carmont after heavy rainfall, in which three people died, is a stark reminder of the need for continued focus on safety management. Network Rail must ensure it effectively manages its infrastructure, to mitigate the impact of climate change and extreme weather on our railways, with particular focus on earthworks and drainage systems.

Worker safety remains a top priority as highlighted by the deaths of three rail employees, including two track workers in Surbiton and Roade. Network Rail is taking action to improve track worker safety, including reducing the proportion of its trackside work that relies on human lookouts from 15.9% to 7% between 2019-20 and 2020-21, with plans to remove the practice entirely by the end of 2021. However, it must demonstrate better use and deployment of technology which can reduce safety risks, such as automatic warning equipment, in particular for line blockages.

It is important that the move to safer ways of working is sustainable and well managed to ensure the railway can be maintained safely whilst minimising risks to railway workers.

ORR also wants to ensure the downward trend in Signals Passed at Danger risk across industry continues, with the regulator beginning a two-year programme of inspections to look at operational incidents, focusing on control room decision making to help lower risk further.

Asset management: Network Rail has largely delivered its engineering work and enhancement projects to plan, despite the difficult working conditions resulting from the pandemic but ORR is concerned that Network Rail is behind on its process for inspecting its structures (e.g. footbridges and tunnels). Network Rail has mitigations in place to manage safety risks, but there is limited evidence that it has suitable plans in place or is making adequate progress towards reducing its backlog of inspections so that it can manage its assets more effectively. The regulator is taking action to ensure this is rectified.

ORR has also raised concerns that Network Rail is behind on completing its network wide surveys to locate, inspect and record all of its drainage assets. The company has responded by committing to dates when these surveys will be complete in each of its regions, and ORR will hold the regions to account for this.

Performance and reliability: Fewer passengers and services contributed to 80% of trains arriving on time nationally – a 15 percentage point improvement on the previous year.

During the pandemic timetable planners in Network Rail and across the industry have worked exceptionally hard and in extremely challenging circumstances to proactively develop a more frequent and agile approach to timetabling.

Network Rail has used the data from the pandemic to improve its understanding of the relationship between network usage, capacity and performance. Good progress has been made in promoting whole system approaches – such as more peer reviews of the performance strategies between Network Rail and operators, a maturity model to assess industry capabilities to improve performance and a stronger focus on establishing the priorities that the whole industry needed to focus on. But Network Rail now needs to demonstrate that these activities are leading to actual improvements in train punctuality.

The question remains as to whether these will be sufficient to maintain a significant part of last year’s performance gains, as passenger numbers and service levels rise. With a few exceptions, the structure of the timetable is largely unchanged and the new whole industry approaches have not been fully tested. The uncertainty on the increase in passenger numbers and likely trade-off between demand and performance, has increased the difficulty in producing future Network Rail and operator performance forecasts. Hence the industry is entering a period of considerable uncertainty around the core passenger priority of good train service performance.

ORR will continue to monitor Network Rail’s response to this, including whether it is doing all it can to work with industry stakeholders and funders to influence a high performing timetable. We expect Network Rail to develop appropriately challenging updated performance forecasts during the next 6 months, or as usage of the network stabilises.

The financial risk arrangements that the regulator established for Network Rail are working well and have helped it manage the impact of the pandemic. But ORR has warned that risk funds are lower than planned across all of Network Rail’s regions, particularly Scotland, in part due to increased costs and disruption from the pandemic. Network Rail needs clear plans for how any future financial risks will be managed.

“Our reports highlight the need for Network Rail to focus on the interlinked fundamentals of safety, managing assets, delivering efficiently and keeping trains running on time. While its delivery has been good overall, it must continue to improve track worker safety, and improve its resilience to climate change.

“The size of Network Rail’s challenge to deliver efficiencies steps up this year and requires relentless focus, particularly as the spending review begins.

“There are risks to train service performance as passenger numbers rise and we will monitor Network Rail’s response, including what options it sets out to address falls in performance.”

“This past year has been one of the most difficult for the railway in 20 years, with a mixed picture of health and safety performance, with two track worker deaths and a worker killed at a depot in Eastleigh.

“The year also saw significant failures of a number of structures, and the tragic event at Carmont last August, when three people lost their lives when a train derailed, shows that there must be no let-up in the industry’s focus on safety and managing the impacts of extreme weather and climate change.”

“Drainage and earthworks have been the Cinderella assets for too long and we are working to ensure the rail industry takes action.”