14 July 2022
The Office of Rail and Road (ORR) says that over the next year, National Highways must: improve its performance against its 10-minute response time on certain sections of smart motorways; provide better evidence of how it is considering the long-term needs of its assets when making renewals decisions across the strategic road network (SRN) – England’s motorways and major A-roads; and provide a robust plan to meet its 2025 biodiversity targets.
Cover Image
Image 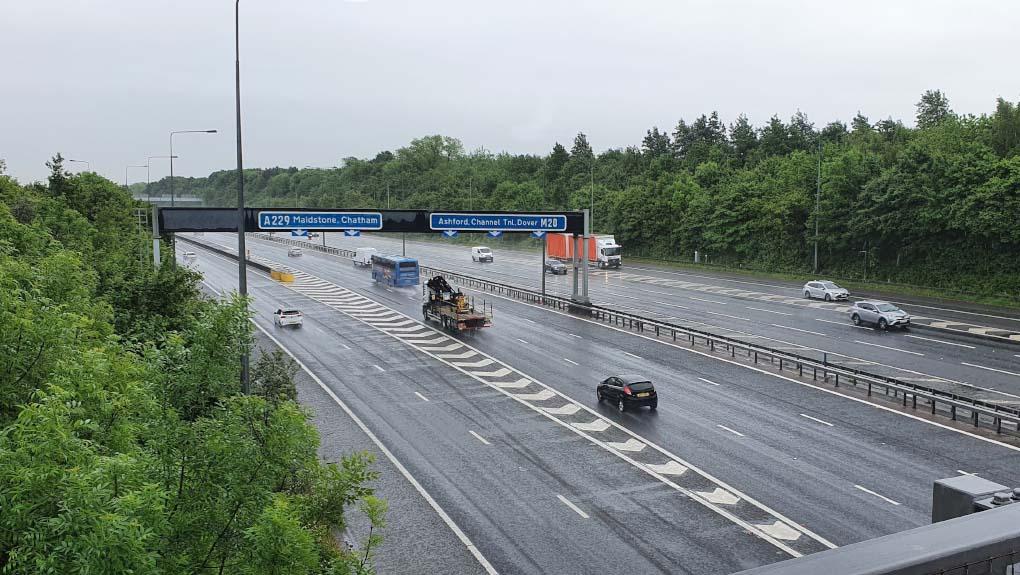 ORR holds National Highways to account for its performance across the SRN, as set out in government’s second road investment strategy (RIS2). ORR sets out its view of how the company performed between April 2021 and March 2022 in its annual assessment, published on 14 July 2022.

In its assessment, ORR said that National Highways delivered against its 2020 safety target to reduce the number of people killed and seriously injured on the SRN. However, now that traffic levels have returned to close-to pre-coronavirus (COVID-19) pandemic levels, there is much more to do if the company is to meet its demanding 2040 ‘zero harm’ goal to eliminate deaths and serious injuries on its network. ORR will need to see a robust plan from the company setting out how it will achieve this.

On smart motorways, over the past year, ORR reported that National Highways has continued to deliver the government's smart motorways action plan, largely to time.

However, ORR has raised concerns about National Highways ability to achieve faster attendance by traffic officers to road incidents on certain sections of smart motorways.

At the time of publication, the company was still short of achieving its target of a 10-minute average traffic officer response to live lane incidents on sections of all lane running motorway with emergency areas more than one mile apart.

ORR also called on National Highways to take steps to demonstrate what it is doing to improve how it manages and upgrades assets on the road network. While the company has made some progress in its asset management maturity and is currently achieving its asset management targets for the current five-year funding period ending in 2025, it is yet to provide ORR with sufficient evidence that it is taking into account the long-term needs of its assets when making decisions about asset interventions. The renewals work it delivers must be targeted at the right asset at the right time in its lifecycle, to ensure best value for taxpayers and users of the network.

ORR’s report also found that National Highways’ performance against its environmental targets is varied. In 2021-22 the company responded well to new challenges and made good progress with its corporate carbon, noise, and air quality targets. But its current plans indicate that without the identification of further interventions it will miss its biodiversity target. ORR has required the company to provide it with a robust plan that will achieve its 2025 target of no net loss in biodiversity and National Highways will provide this to ORR.

The annual assessment also says that National Highways delivered its 2021-22 enhancements commitments, but there is more to do if the company is to deliver the full benefits and efficiencies of RIS2 on time and to budget. This means continuing to develop and improve how it prepares for and manages its enhancements project planning applications and working quickly to understand the full implications of the January 2022 pause on all new smart motorway construction.

“While the company continues to work towards delivering its safety targets, we've had some concerns over the company’s ability to achieve its target of a 10-minute response for traffic officers on certain sections of smart motorways. It must continue to focus on reducing its response times on these sections of motorway.

“The environment is an important area of the company’s work for users and non-users of the network. National Highways does not currently have a robust plan for delivering its biodiversity targets; it must produce one so that swift action can be taken to ensure this target is achieved by 2025.

“We also want the company to improve the way it evidences how it is making asset management decisions. This is crucial for securing long-term best value for taxpayers and road users.”