14 July 2022
Ensuring the rail industry remained focused on the basics of health and safety management as it prepares for reform and substantial change, is one of the key messages in the Office of Rail and Road’s (ORR) annual report on health and safety on Britain’s Railways.
Cover Image
Image 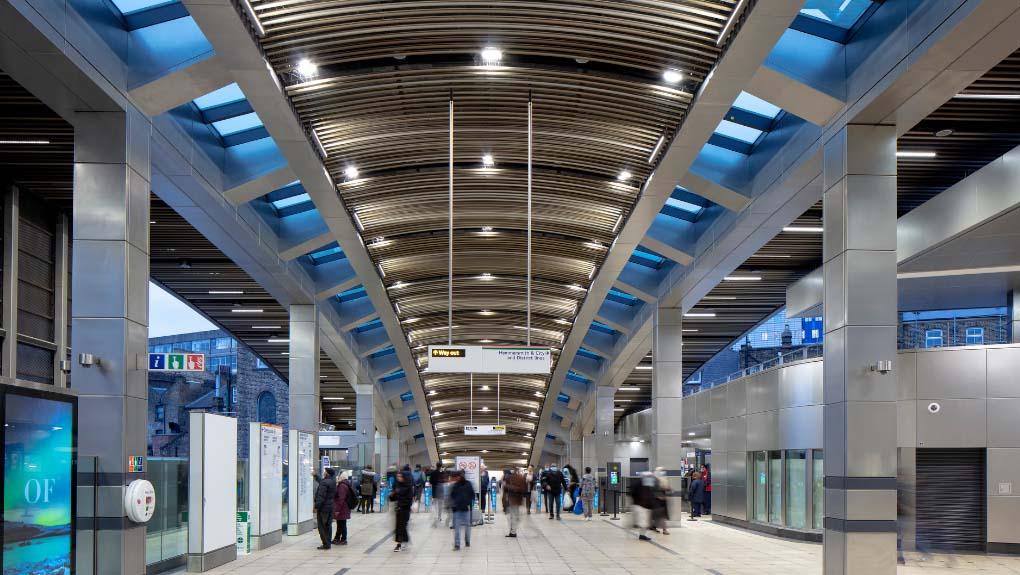 The report, which covers the period between 1 April 2021 and 31 March 2022, also highlights Britain’s standing of having one of the safest railways in Europe and that risk on the mainline railway is at an all-time low.

But concerns remain about recent accidents and near misses, and the need to strengthen safety management and oversight following the pandemic.

Fewer earthworks failures, but increased risk of ‘objects on the line’

ORR is not yet fully satisfied with the risk-management of earthworks and drainage, which the regulator had made one of its priorities long before the Carmont tragedy in 2020.

Post-Carmont inspection activities have been a significant part of ORR’s work this year. Network Rail’s Weather Risk Task Force Steering Group (WRTFSG) – borne out of the review into the tragedy – has been diligent in oversight of the 17 action plans for improvements to earthworks and drainage management and the ways that the industry responds to forecasts of adverse and extreme weather. However, ORR has found significant variation in the approach to implementing the action plans within the regions.

Adverse weather conditions in certain areas of the country have increased the potential risk of ‘objects on the line’, which includes trees and flooding. During the first quarter of 2022, storms Dudley, Eunice and Franklin occurred in rapid succession, as the risks from ‘objects on the line’ increased by a third.

This year ORR concentrated on assessing Network Rail’s work to comply with its enforcement action aimed at improving track-worker safety.

The regulator’s report records that there was a 98% reduction in red zone unassisted lookout working since July 2019 and this year there were no track-worker fatalities on the mainline railway, while the moving annual average (MAA) of track work related near-misses fell by 70%.

ORR is now satisfied that Network Rail has complied with both of the track-worker safety improvement notices issued in July 2019.

Nevertheless, there were two serious accidents to track workers, both in May 2021. One of those resulted in a track worker receiving electrical burns from contact with overhead lines at Wolverton in the North West and Central region.

Opening of the Elizabeth line

A central-operating section of the Elizabeth line officially opened its doors to the public on Tuesday 24 May 2022, with ORR ensuring duty holders continued to meet their respective health and safety duties in the lead-up.

Last year the project conducted trial operations through a staged approach to ensure that required work was completed on schedule before the opening of the line. These trial operations incorporated important operational exercises to test the safety and reliability of the railway, with over 150 scenarios trialled.

There were challenges, including the processes around emergency communications in tunnel cross-passages, but these were satisfactorily resolved to enable the necessary authorisations and consents to be provided.

ORR will continue to work closely with Rail for London Infrastructure (RfLI), who manage the central section, as it plans to introduce ‘auto-reverse’ movements to achieve the Elizabeth line’s 24-trains-per-hour timetable.

There were four prosecutions that concluded during the year, including that involving WH Malcolm Limited, the operator of Daventry International Rail Freight Terminal near Rugby, which received one of the largest fines levied in a health and safety prosecution - £6.5m.

“The last twelve months proved to be a further challenging year for all in the railway family and we can look ahead to a period of change and reform that will impact the whole sector in some way.

“We will continue to work closely with industry and government to provide valuable support and advice and strive to see continuous improvements in health and safety management across the industry, for the benefit of all.”