Railway staff safety: learning from our past

3 August 2022
Guest blogger Dr Mike Esbester discusses the The ‘Railway Work, Life & Death project’, which takes a look back at casualties to British and Irish railway staff before 1939. 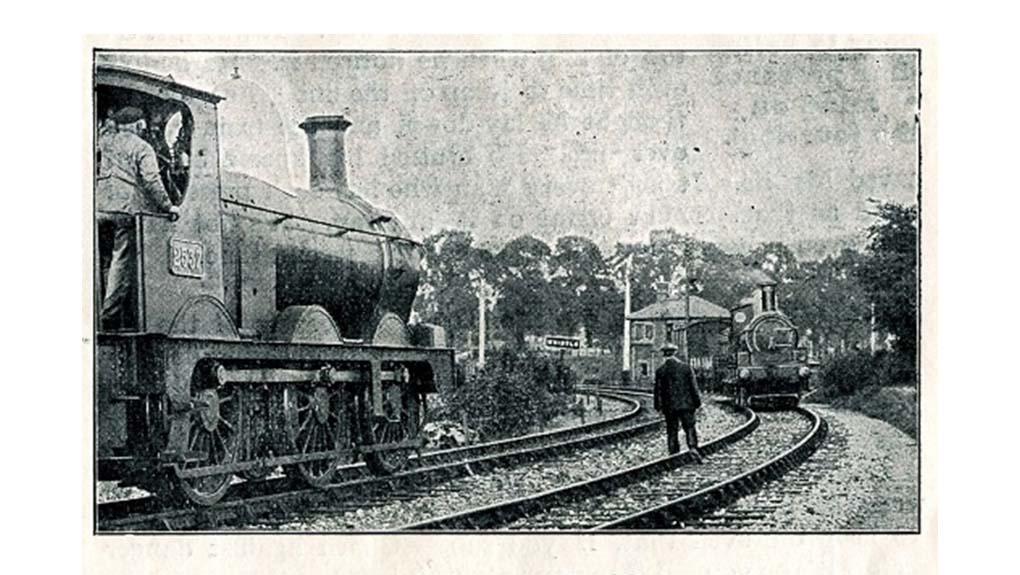 In this year’s ORR Annual Report of Health and Safety on Britain’s Railways there is reference to an incident at Wolverton, Buckinghamshire, in May 2021, in which a railway worker suffered electrical burns after making contact with overhead wires used to provide power to locomotives.

Almost 100 years before this incident, in July 1927, we saw a broadly similar case.

James Walton, 23, was working close to some OHLE at East Croydon, which he mistakenly touched. Sadly he died.

Learning from the past

In both cases questions were raised about training and about the need to implement safety by design. Often when we look back we find similar dangers and risks across the rail industry, even despite the vast changes in the industry over the last 120 years.

Given the challenges of retaining important corporate memories and experience over even a relatively short timescale, how can we take an even longer-term perspective and learn from our past?

With the assistance of ORR, the Railway Work, Life & Death project is trying to enable exactly that longer-term view. The project is looking at casualties to British and Irish railway staff before 1939, using industry-produced records – including those worker casualty investigations undertaken by the ORR’s predecessors, the Railway Employment Inspectors (REI) of the Railway Inspectorate.

We want to make it easier to find out more about past employee incidents, to enable people to draw comparisons and benefit from the experiences of those who came before them – whether investigators or the men, women and children who were hurt at work on the railways.

We’ve just released a big new dataset to help people to do this. Our project volunteers, from the National Railway Museum, have been transcribing and summarising the REI reports, putting them into a format more easily searchable.

We’ve just added around 17,000 more cases to our database, meaning all of the staff incident investigations carried out by the REI and for which reports exist are now included – around 21,000 cases in total. That includes details like those for James Walton, with whom we started.

There’s a huge amount in the reports and now in our database. Track safety has been highlighted as a persistent issue over recent years, one recognised today by the ORR, RAIB, unions and Network Rail as a significant challenge. That includes planning of work and the recent ending of unassisted lookout working – in the project’s period that had been seen as the gold standard of protection for track work, but now recognised as problematic.

Safe walking routes is also an issue which just isn’t new. In April 1923 Patrick McGuinness was working with a gang of five others in Glasgow on the London, Midland and Scottish Railway. They were told to walk in the cess – but as it wasn’t clear, they walked on the sleepers, each carrying a 70lb lifting screw on his shoulder. McGuinness was struck by a train and killed – for want of a safe path.

We’d like to recognise and thank the ORR for loaning us the reports for the interwar period. We’re delighted that these reports are available in hardcopy at its new library facility in London, putting the past not only on display but making it accessible to its staff, for reference. And now with the project’s work, that invaluable information is available to everyone, via the project database.

We want to see the learning points from the past incidents found in the project database, like those of James Walton.

Looking at the reports, understanding what happened – and what might have been done differently – helps.

We can see past errors, including systemic issues that required attention at managerial levels. Whilst today’s safety culture is incomparably better than that of the project’s period, we can still benefit from looking back.

Given ORR has committed to ‘zero industry-caused fatalities’ and wants to ‘promote health and safety by design,’ our data can show where this didn’t happen in the past – and help us think about how we can do this now. Caption: Cartoon from 1913, taking a humorous approach to issues around electrical safety. Caption: Posed 1920s safety image, from the era when even having an unassisted lookout wasn’t guaranteed.