Speaking out on equality: Supporting International Women in Engineering Day From the moment, at age 13, when I selected science courses in secondary school, I've been in the gender minority. So, for most of my life, it is fair to say that I've studied and worked in a predominantly male environment.

Unfortunately, this has meant – like many women - I've often shrugged off casual sexism as banter. However, as I've matured and witnessed some of my female peers leave the wider engineering profession for reasons such as caring responsibilities and lack of recognition, I’ve become more outspoken on gender equality.

Diversity and inclusion initiatives are providing a platform for women in engineering to be heard and have allowed the whole industry to reflect on its unconscious bias towards women in historically male roles.

And it’s made it easier for women like me to speak out; in particular, ORR is a workplace that I feel comfortable doing this. It can be as simple as correcting language, for example, I am a woman not a girl.

Empowering the next generation, and retaining talent 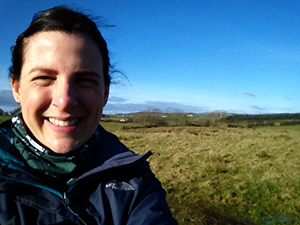 I describe myself as a STEMinist. As Vice Chair of the Institution of Civil Engineers Continuing Professional Development Panel, I use my influence as a role model to encourage young people to choose STEM careers and raise the profile of female engineers.

I am becoming more involved in encouraging female engineers to stay within the industry and utilise the tools and support from their professional engineering institutions to continue to develop and evolve their engineering skills.  Future engineering challenges need the experience and wisdom of experienced female engineers.  It’s so important we highlight this – not only on International Women in Engineering Day but throughout the year.

The importance of action

Diversity and inclusion awareness and action is important to the engineering industry because they're essential to society as a whole.

The engineering industry – specifically civil engineering - influences our built environment. We must build a world for everyone!

Now, I am an engineer in the civil service, whilst I work with more women, ironically engineers are the minority! I feel that the skills I have inadvertently developed as a female, like fostering new ideas and trying different approaches help to promote and champion engineering in the civil service. This is particularly useful as we work alongside Government and Network Rail to tackle the future challenges of our railways.

I highly recommend the book "Invisible Women" by Caroline Criado Perez, it exposes data bias in a world designed for men. Criado writes that the formula to determine office temperature was developed in the 1960s, based on the metabolic resting rate of a 40-year-old, 70 kg man. Women's metabolisms are slower, so most offices are five degrees too cold for women.

Meanwhile, cars are designed around the body of "Reference Man." So, although men are more likely to crash, women involved in collisions are nearly 50% more likely to be seriously hurt.

Sweden used to clear roads before pavements after a policy derived from data prioritizing commuter cars over pedestrians. It was only later that officials realized realised it was easier to drive through three inches of snow than push a buggy through it. Clearing pavements first also saves the state money as pedestrians were three times more likely to be injured in icy conditions than car drivers – and 70% of those injured were women.

The engineering industry can transform and influence our daily lives, so we should use diverse and inclusive teams to do it.