World War 2 and a really useful class of steam engine

After World War 2 broke out there was a requirement for a powerful shunting locomotive for the nation’s war effort at home. Rather than use a mainline design, the War Department / Ministry of Supply turned to the Hunslet Engine Company of Leeds to update an existing design. This resulted in the ‘Austerity’ class of 0-6-0st locomotives - the first leaving the works on New Year’s Day 1943.

Railways were used to their full capacity throughout the war. The government at the time decreed that goods trains and some special trains (for example for troop movements) were to have priority.

The Hunslet locomotive, itself, was claimed to be more suitable both from the production viewpoint and for greater route availability. One of the conditions for entry was that the locomotives should be capable of performing at least two years’ intensive hard work irrespective of the state of the track on which they were to operate. In addition, they were to be capable of starting a 1,120-ton train on the level, 550 tons up 1 in 100 and 300 tons up 1 in 50 gradients.

They were designed to be rugged, powerful and require minimum maintenance. Throughout the war 377 were constructed for use at UK collieries and ports for example. Many would have also been used at military depots throughout the country - some had enormous rail networks – to shunt army rail transporters carrying such things as tanks, ammunition within depots and for sending on to the main line network.

However, so successful were they that a further 108 were built between 1946 and 1964 – four years after British Railway’s last steam motive power was manufactured, class 9F no 92220 ‘Evening Star’. Some ‘Austerities’ continued working in Europe, a large number went abroad to Holland, Belgium and France plus a few to North Africa. They similarly worked abroad post ‘D Day’ in army use, mines, ports, industry and at mainline depots / yards as numerous home built locos had been destroyed.

Many eventually made it back to Britain post-war. The LNER bought 75 locomotives second hand with some lasting in traffic with British Railways until 1967. The biggest operator was the National Coal Board which purchased 77 brand new for use in the larger and more modern collieries and inherited a considerable number from other collieries when the coal industry was nationalised as from 1 January 1947.

With the heritage railways developing, steam locomotives began to be saved with many ‘Austerities’ preserved in the 1970s and 1980s. Around 75 remain, including preserved engines in Holland, Belgium and Tunisia. They are the traction backbone of many heritage railways and will easily haul half a dozen British Railways Mk1 carriages at up to 25 mph (25 mph is the limit on heritage lines).

As an owner and operator of a steam locomotive, I purchased and took delivery of a derelict, heavily stripped and woebegone example in March 1983 and took it to the Foxfield Railway in Stoke on Trent where it remains to this day – though it has been on its travels as far as North Yorkshire and the English Channel seaside. It worked all its commercial life in Lancashire and needed a heavy overhaul. This was undertaken, such by April 1986 it hauled its first ever passenger train.

‘Whiston’ has since been overhauled twice more and she remains at Foxfield in full working order as the nation celebrates the 75th anniversary of VE Day. 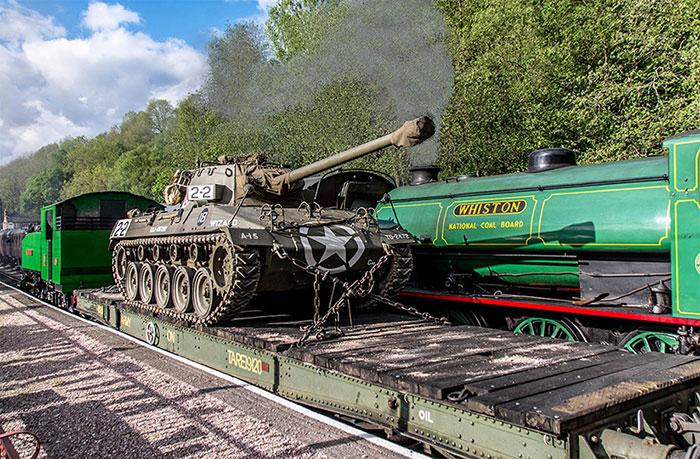 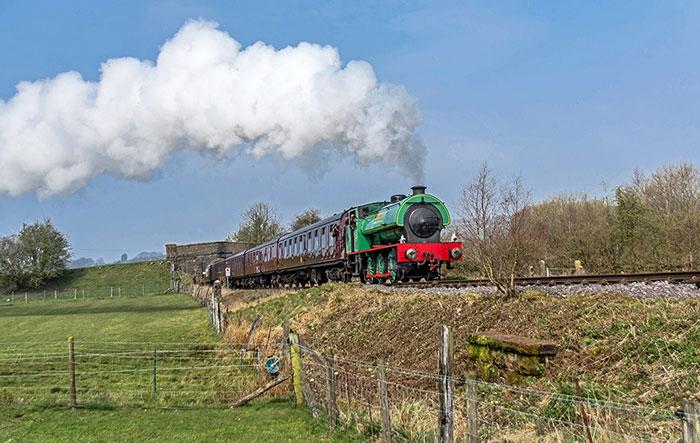 Photograph by Frank Richards. Caption: ‘Whiston’ in 2019 at the Churnet Valley Railway including hauling a typical passenger train.