A signal is passed at danger (SPAD) when a train passes a stop signal when not allowed to do so.

A signal is passed at danger (SPAD) when a train passes a stop signal when not allowed to do so. 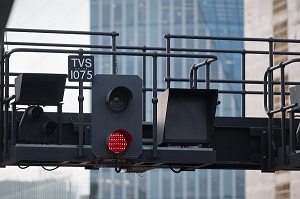 SPADs are one of the potential precursors to railway accidents. Since the train protection and warning system (TPWS) was introduced serious SPAD incidents and the risk arising from SPADs have been greatly reduced.

We produce quarterly safety reports which include a summary of SPADS, this can be found on our data portal.

There are many SPADs each year, but most have little or no potential to cause harm because they are the result of minor misjudgements of distance or braking capability, or they occur at low speed. In most cases, the trains stop within the safety overlap provided at the signal.

The overlap is a clear section of track beyond the signal, usually 183 metres long, which protect against minor overruns. Generally, trains have to run past the safety overlap before there is any potential of collision or derailment.

SPADs are only one of the potential precursors to railway accidents. Since the train protection and warning system (TPWS) was introduced serious SPAD incidents and the risk arising from SPADs have been greatly reduced.

What are we doing about SPADS? Collapse accordion Open accordion

SPADs have always been a concern. We are trying to reduce SPAD risk and numbers. There are many different ways of preventing SPADs or reducing their effects, including different types of train protection.

This term covers equipment fitted to trains and on the track that reduces the consequences of a train passing a signal at danger, by automatically applying the train's brakes. These systems do not prevent SPADs, but they do reduce the risks posed by SPADs.

The train protection and warning system (TPWS) has been installed across the network and is successfully reducing SPAD risk. There have been a number of potential collisions prevented by TPWS.

More information on the different types of protection available can be found in our train protection section.

Since March 2001, the industry has been using a SPAD risk ranking (SRR) process, to consider the actual and possible consequences of each incident. The process assigns each SPADs a ranking between 0 and 28. SPADs ranked over 20 have the highest potential for serious consequences. Those between 16 and 19 have less serious potential and those ranked from 1 to 15 carry little or no risk.

Between March 2001 and September 2006, the implementation of TPWS alongside other improvements and initiatives (such as the removal of Mark 1 rolling stock and greater use and understanding of human factors in SPAD management) reduced SPAD risk by around 80%.

September 2006 is used as the baseline for measuring SPAD risk, as it is representative of the system risk management post-TPWS implementation. As of March 2013, the SRR process shows SPAD risk to have reduced further, with levels at around 60% of the September 2006 baseline.

We have taken over responsibility for this, and it was agreed with the Department for Transport and Ministers that these reports are no longer necessary because details are recorded in National Rail Trends, which are sent to Parliament. The Rail Safety and Standards Board (RSSB) still publishes monthly publicly available SPAD reports.